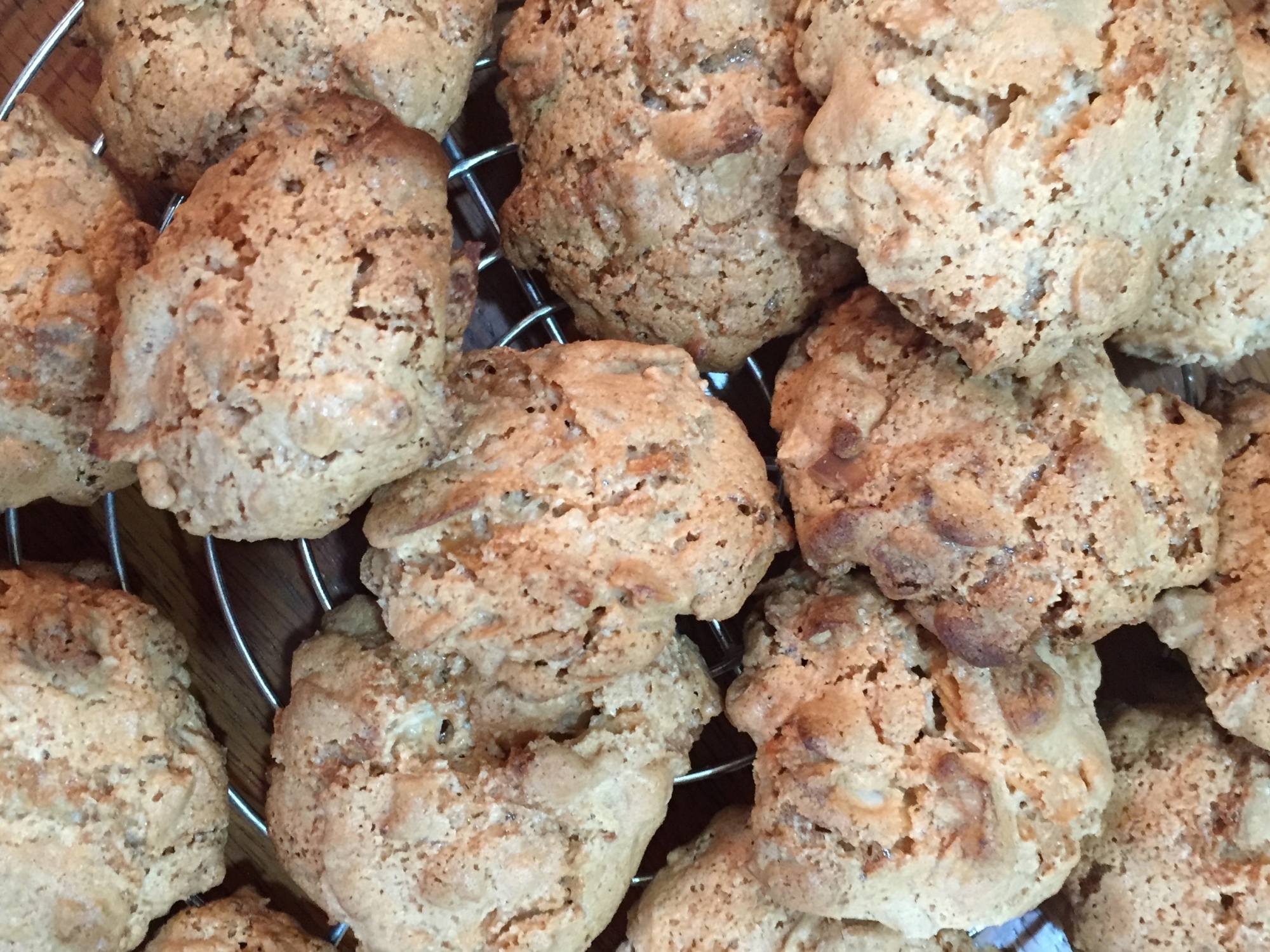 I’m not usually a big maker of sweet things, but today was a baking day. They come in bursts, and I know there are a couple more to come as there are a few things that need to be used up, including some very disappointing blueberries. I never want to eat that much in the way of sweet stuff – except chocolate, of course – so the product of my baking days often head out with the Better Half for his Sunday morning cycling bunch. I’m not the best baker in the world (much better at savoury), but they never seem to mind too much. And it’s fun and makes the house smell magnificent.

Today’s efforts were driven by the determination not to waste four egg whites left over from the tapioca pudding. I split the whites, with two for each of the two following recipes. 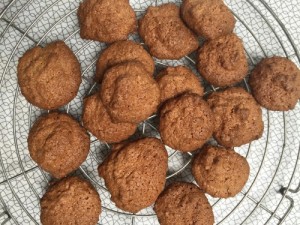 This was a recipe from my childhood, written in a schoolgirl hand in a folder where I collected recipes from about the time I started high school. I haven’t made it since then, I don’t think, and I’m not sure of the origin, but probably my mother via one of her German cookbooks. It’s basically just whipped egg whites, sugar, coconut, vanilla and cinnamon. I used a mix of icing sugar (as per the recipe) and coconut sugar. The mix was painfully sweet and a bit sloppy, so I added a bit more coconut and cinnamon. The result isn’t pretty but they taste good. The combination of the coconut sugar and cinnamon made them quite brown (which I don’t mind).

Almost all the modern recipes for coconut macaroons I’ve seen involve sugar thermometers and bringing the mix up to a quite high temperature, then continuing to mix until it cools. I’m sure it would make something much better than I have, but I’m not sure I can convince myself it’s worth the effort.

This is from A La Mere de Famille (recipes from a French choclatier founded in 1761), a recipe book I’ve used a couple of times with some success. Again, very simple. Whipped egg whites, then added gently, one at a time: 225g sugar, 50g plain flour, 125g flaked almonds.  Bake 190C for 15 minutes.  When they go into the oven they look a bit like those cornflake cupcake thingies we used to make for school as kids.

My croquants must be quite a bit bigger than the recipe called for, since it said it should make 30 and I only managed 18. They don’t quite look like the pic (do they ever?), but they’re still appealing.

There’s not much between them in the end, which is not that surprising given that they are both basically egg white and sugar with something for texture and flavour. The croquants are crunchier, the macaroons a bit chewier but both quite delicious.