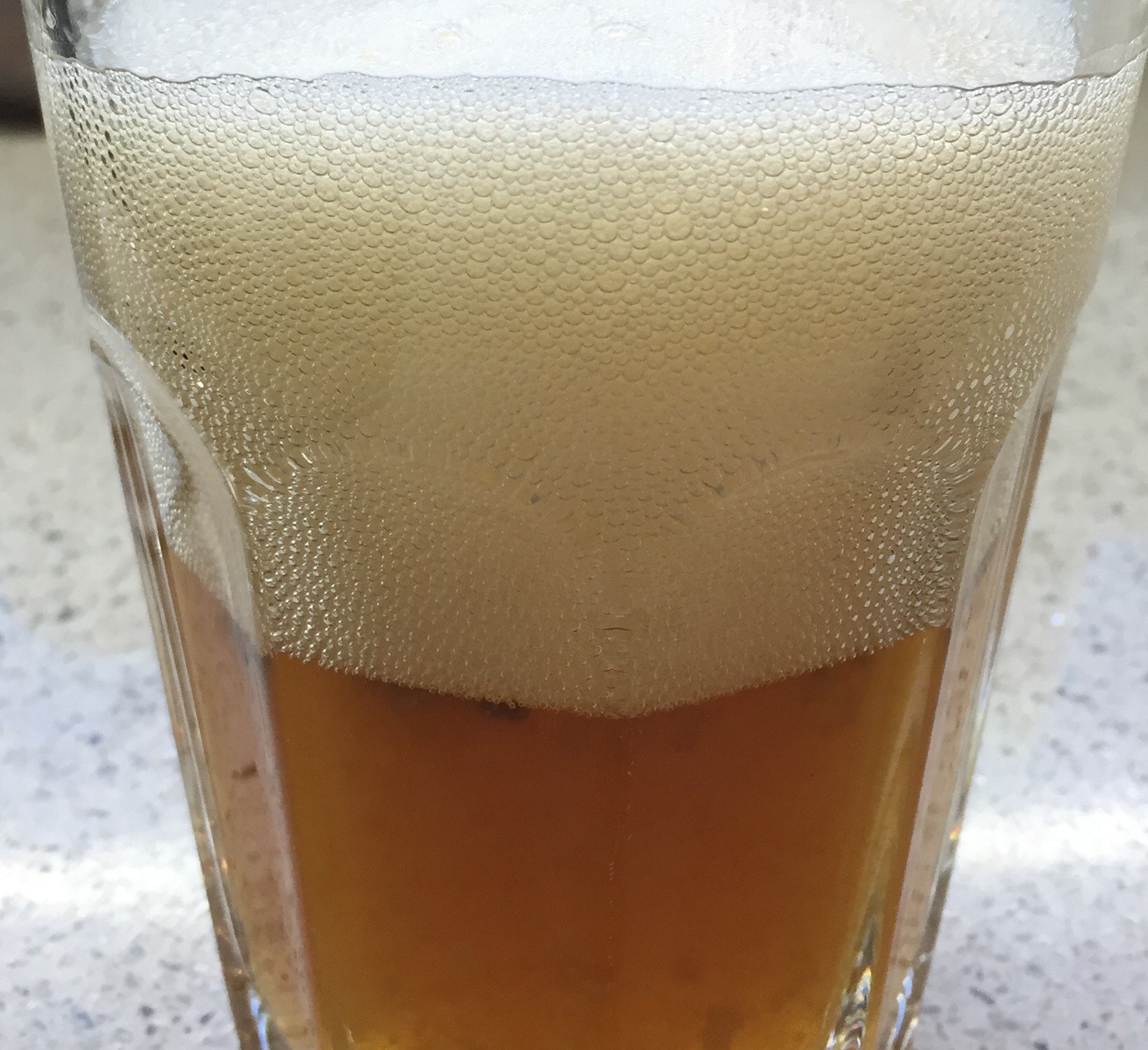 I love fermented things, as I’ve said. But possibly my favourite is one of the least known – water kefir.

In some cultures this sweet/sour, tangy, delicious, fizzy brew is often referred to as a beer, and you can see the similarities. At the moment I’m brewing mine with quite a bit of ginger, and it’s not so far away from ginger beer.

The kefir “grains” you use for this look and feel very like those for milk kefir, which is not surprising since they are essentially the same. They’re a starter culture made up of bacteria and wild yeasts and they feed off sugars – lactose, in the case of milk, and sweetened water, in the case of water kefir.

The other thing water kefir is often compared to is kombucha tea, that mushroom fungus-type thing you use to ferment a sweetened tea. They have many similarities and inhabit similar space when it comes to health benefits. There’s a lot of to and fro about which is better, and both have fierce and devoted fans, but what everyone seems to agree on is that water kefir has a very wide range of friendly bacteria and is an excellent probiotic.

I did both for a while, just for fun, but found the water kefir much more appealing. I love the way it fizzes (most of the time. Sometimes it’s just flat, for no apparent reason.) It took quite a while to get it the way I like it. Everyone has different advice – some of it priggishly strict, some of it really confusing – and every kitchen seems to bring its own set of conditions.

My friend Robyn and I got our starter grains from the same source on the same say (a friendly little fermentation day in the local neighbourhood house), but they act completely differently. Hers brews in 24 hours before it starts heading into harsh vinegar territory, I keep mine sitting on the bench for several days and it’s still fine. Different kitchen temperatures, different sugar amounts, different types of sugar, different micro-climate. I think the grains themselves adapt and change over time in a new environment.

If you’re local and you’d like a lot of kefir grains to get started let me know. They breed prolifically, and most weeks I would have a quantity to give away.  Below is how I do it, for a lovely, lively brew made in my particular kitchen. I have been told water kefir has a very small amount of alcohol from the fermentation process, less than 1%, but I don’t independently know if that’s true or not.

Water kefir – how to and tips