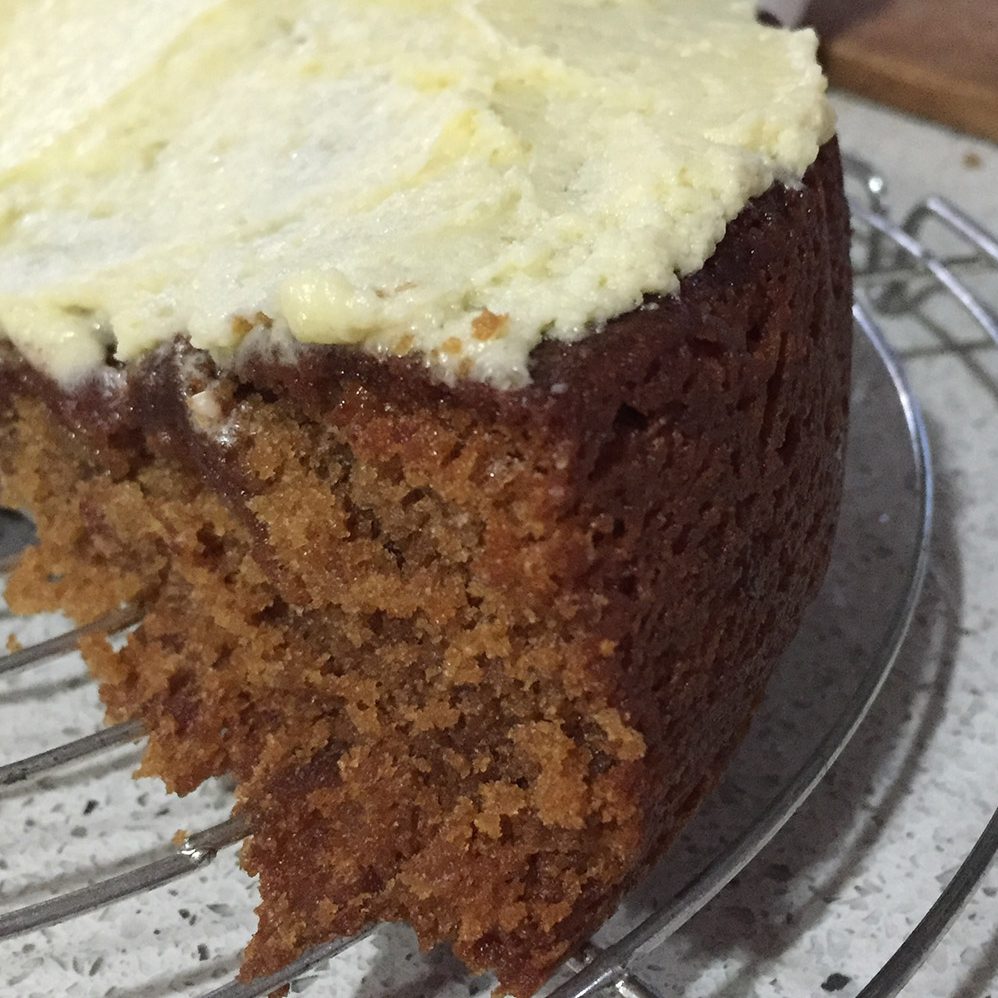 This is a variation on a recipe I grew up with – honey cake. I remember it as dense, slightly chewy and delicious.

This cake is lighter than that, but it still has that lovely honey flavour, made even better by the addition of ginger.

This recipe comes from Alison Thompson’s Bake, which looks like a simple, even prosaic, cookbook, but it reliably produces delicious cakes that are easy to make.

But I am discovering that, with almost every recipe from the book that I’ve tried, I need to add extra cooking time  (10-15 minutes) and often increase the temperature as well.  This time was no different.

The whipped honey buttercream icing (I list it first for a good reason)
Put in a saucepan and bring to the boil:
80ml water
100g caster sugar
40g honey

Put in the fridge until completely cool.

Beat 150g butter (at room temp) at high speed for five minutes until pale and creamy. Bring the speed down to low speed and add the cooled syrup slowly.

In the spirit of full disclosure, I will admit that I stuffed up the icing fairly comprehensively, mostly because I didn’t realise I should have started it early enough to thoroughly cool before I needed it. I rushed the process and it really didn’t work. But the cake was still magnificent.

Put the mix in a lined, round 25cm cake tin. The instructions were to cook at 160C for 45 minutes. It was well short of cooked at that stage for me. The centre was still liquid and wobbly. I put it back in the oven for another 10 minutes at 170C. No surprise that when it  came out it sank in the middle. My oven does tend to run a little cool, but I think this is an issue with the book this recipe comes from, so next time I will up the temperature a bit and probably leave it a little longer too.

Verdict:  it was delicious. My afternoon tea guest declared it spectacular.