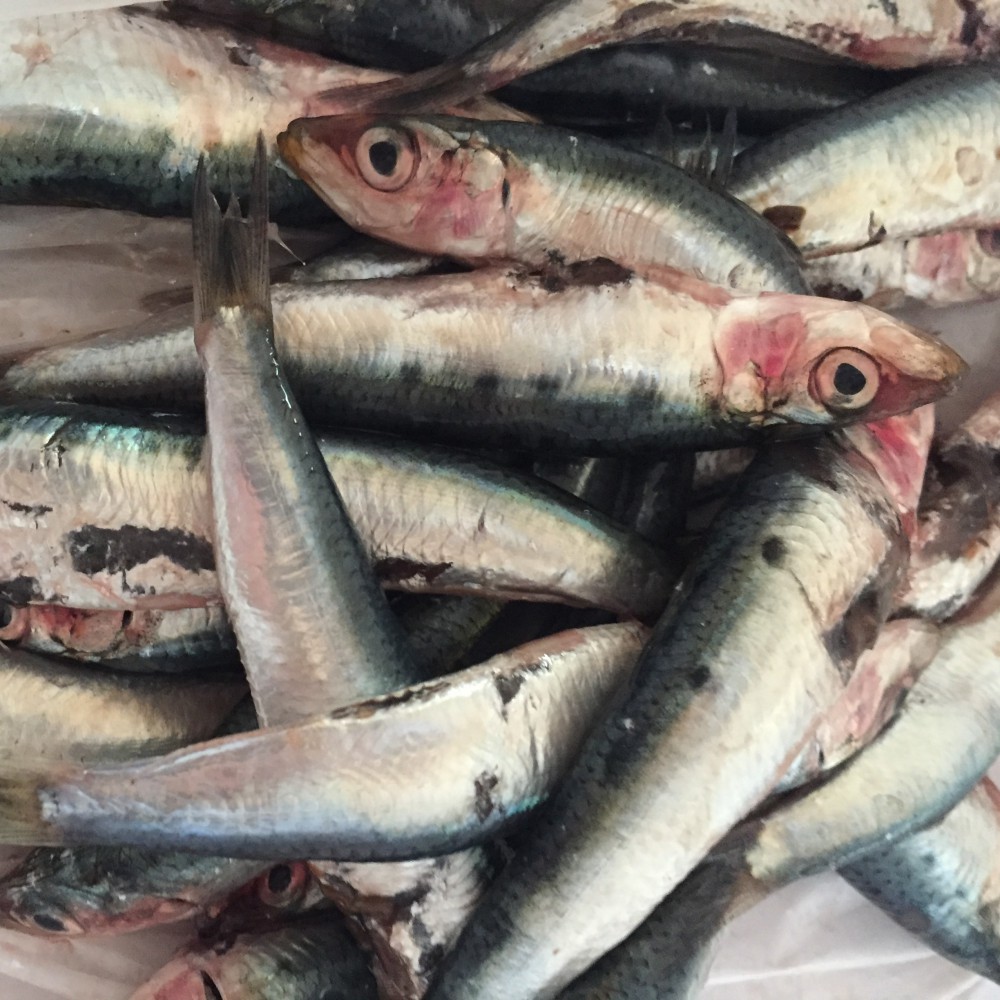 There were things that pushed me towards a salad today: the delivery of a large bunch of rocket fresh from Robyn’s garden, and the heat. Even though the temperature dropped late in the day, my imagination had already fixed on a Salad Nicoise (potato, eggs, green beans, tuna, salad greens, tomato, anchovies, herbs. In my case also red pepper and spring onion).

And that sent me to Canals Seafood in North Carlton for a little tuna. I love fish and they are a wonderful shop, but I don’t go as often as I could. For all their undeniable plusses, cheap is never a word that comes to mind when I shop there.

But when I got inside, all that changed. The sardines caught my eye immediately. They were small and had that wonderful oily shine. And then I saw they were $4.50/kg.

I bought enough for a small entree for the two of us, about 150g. Total cost: 70 cents. I felt a little embarrassed asking for so little.

I took them home, cleaned them, washed them. I heated some oil and tossed in some rosemary and let it cook, just for some flavour, then tossed in the sardines. Just about two minutes in total. A bit of salt and pepper and done. Even the rosemary is delicious cooked like that.

While the finished look is a bit of a mess, that’s mostly because I was in a rush. It wouldn’t take much to make it look quite a lot more presentable.